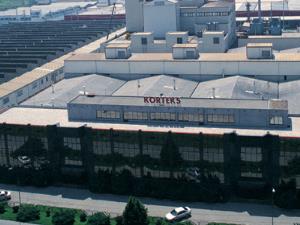 A leader of Turkey’s textiles industry which has more than 2,000 employees and gross sales worth USD 400 million a year and which ships its goods to destinations in all over Turkey and in more than sixty countries on five continents, KORTEKS focuses on customer satisfaction at every stage of its manufacturing and service processes.

Commencing operations in Bursa in 1989, KORTEKS (Textile Industry & Trade Inc) today is a fully-integrated polyester-yarn manufacturer and exporter with the highest production capacity of any producer in Europe

Operating in plant facilities with 335 thousand m2 of space, KORTEKS not only meets the Turkish textile industry’s needs for high-quality polyester yarns with a rich and diversified lineup of products capable of supplying the market with whatever it wants but also sends its goods to every corner of the world.

Because of their unique blend of functional yet natural-feel features, KORTEKS-made products are used by manufacturers for many different applications ranging from sportswear to formal attire and from automobile upholstery to textiles for homes and hospıtals that make them a part of people’s everyday lives.

About 80% of KORTEKS’s total production serves its home market while the remainder is exported to more than sixty countries, among them Germany, Italy, the UK, the USA, Canada, Mexico, and South Africa.

Conforming to the highest world standards, both plants are located within the Bursa Organized Industrial Zone (BOSB).

• Four of the world’s biggest aluminum PTA silos, each measuring 3,600 m3 in volume.

• The first instance of manufacturing yarn directly by condensation polymerization in Turkey and of the ability to engineer the manufacturing technology in-house.

• 110 MVA installed and 60 MVA actual power consumption, making it one of the biggest textile mills in Turkey as measured by electrical power generation and consumption capacity.

• 13,200 KVA of uninterruptible power supply, the biggest in Europe. 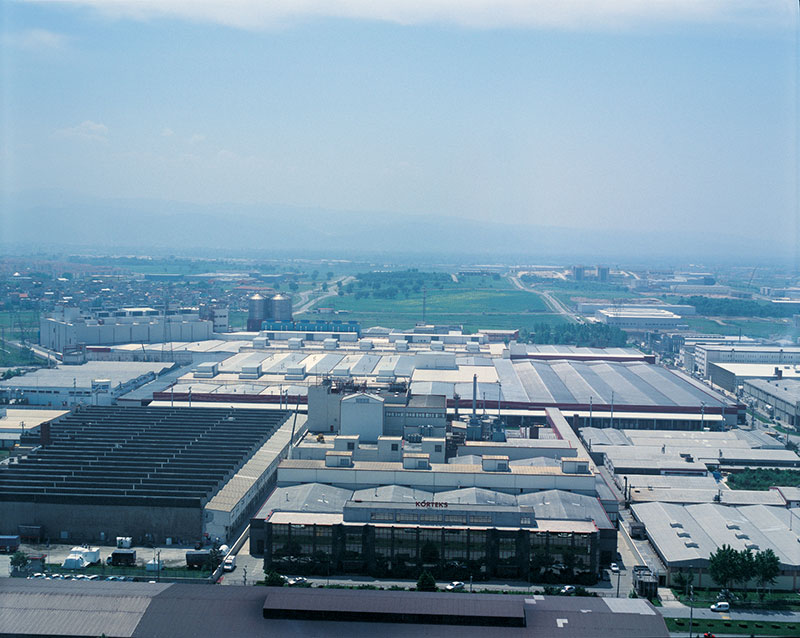 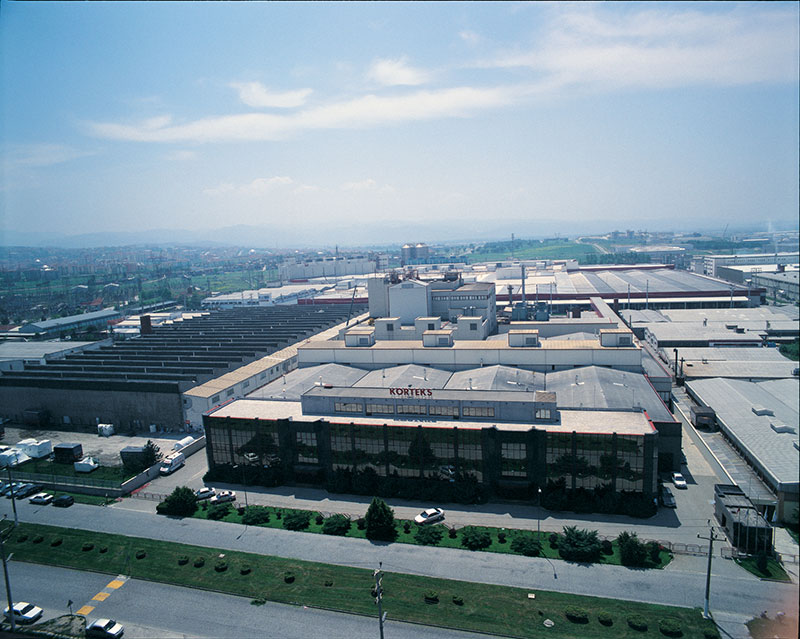 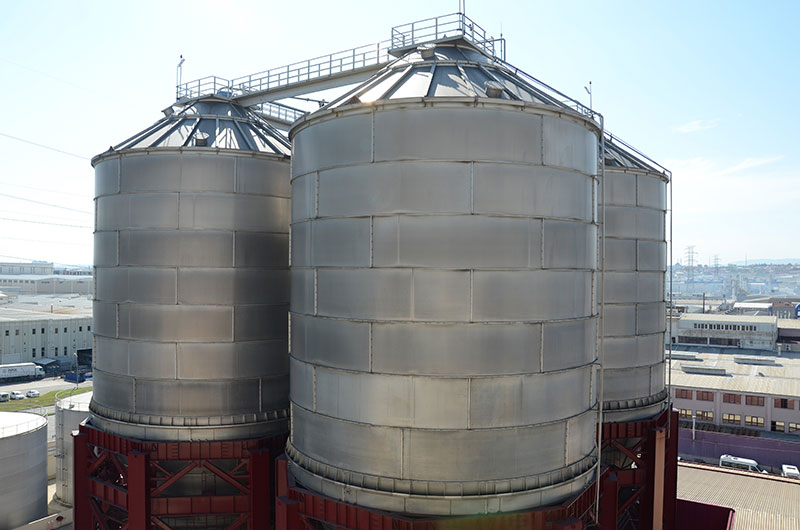