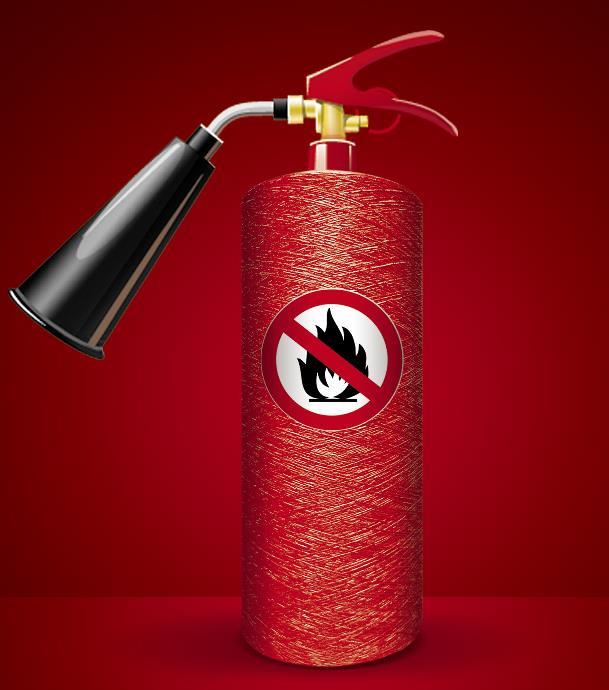 TAÇ FLAME RETARDANT® yarns impart a strong degree of flame retardation to the textile products into which they are produced. Unlike fabrics made from normal polyester and other fibers, those made from flame-retardant yarns prevent the spread of fire by inhibiting, suppressing, or delaying the production of flames.

The flame-retardancy of TAÇ FLAME RETARDANT® yarns arises from the inclusion of comonomer polyester in the molecular structure during the polymerization process. For this reason, fabrics from these yarns do not lose their flame-retardancy even after much laundering and wear. These fabrics do not need to be subjected to a separate flame-retardation treatment after manufacture, such as during finishing. Compared with such fabrics, those made from TAÇ FLAME RETARDANT® yarns are safer and provide much better protection for a much longer time because they do are not greatly affected by wear or laundering. Different varieties of TAÇ FLAME RETARDANT® yarns are available for use in the manufacture of fabrics such as voile, blackout, satin, organza curtains, upholstery, and mattress ticking.
Both increased market demand for protective and functional textile products and laws and regulations concerning the safety of textile products have made flame-retardancy an important issue. The steadily greater demand for flame-retardant textiles is also being driven as much by regulations stipulating their use in public venues and spaces as it is by the their use in private dwellings.

In tests conducted in accordance with the ASTM D2863 standard, a LOI (Limiting Oxygen Index) value of 34 is achieved.